What is a good WebDoc? - Examples

But now, here a few worlds to explore. Enjoy! 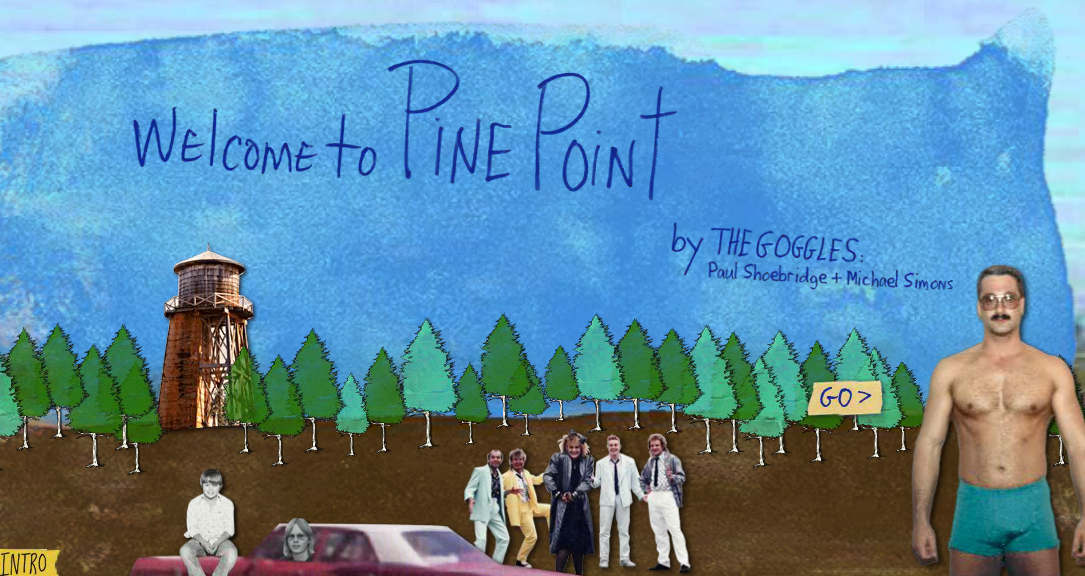 Although more than six years old, the interactive web documentary Welcome to Pine Point by Canadian media group The Goggles continues to offer an interesting experience to engage with story and multimedia. Concerning the degree of interactivity it’s an example of a semi-closed project (more on that later...). The story mostly unfolds through the written word, as it was originally written as a book, but the documentary is a creative collage of material (including photographs, animation, sound and music clips, video excerpts and interviews) from and about Pine Point—a Canadian mining town that disappeared in the 1980s. The documentary revolves around memories and the objects that keep the town’s spirit alive. Welcome to Pine Point’s strength mostly lies, as far as I see it, in its narrative form and visual presentation.

Journey to the End of Coal

The semi-open project Journey to the End of Coal (2008) from French production company Honkeytonk uses interactivity in a more integrated way. It’s an interactive road movie that guides you to the depths of coal mines in China - one of the places in this world you may wish they never existed. Consisting of 300 photographs, three hours of video, and 10 hours of sound materials gathered in China this educational project creates a striking immersive environment that offers a powerful insight . What I like the most: You will get the story first hand from the workers, risking their life everyday in the most dangerous coal mining region in the world. At your own pace and will, you meet them at their home, at the Church, on the road, or at work to interview them about how they live their life in this valley of death and pollution. A very impressive experience!

“In positioning the user as an investigative journalist going through the cities trying to uncover the truth of a recent coal mine accident, the documentary also highlights the difficulty of going beyond the official rhetoric and hint at the dangers facing journalists asking sensitive questions.”

(Review: Journey to the End of Coal, A Medium Corporation) 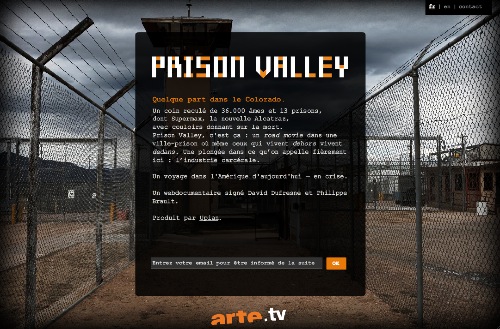 Another great example of a semi-open narrative is Arte.tv’s Prison Valley (2010), a web documentary exploring Fremont County, Colorado, where the local economy revolves around 13 prisons. The project, created by French journalist David Dufresne and photojournalist Phillipe Brault, is told on a variety of platforms including a TV documentary, a web documentary, a book, an iPhone app and an exhibition in Paris. Using the Riviera Motel as the base of operations, Prison Valley invites users to check into a room at the motel with a personal Facebook or Twitter account, and then continue the journalists’ journey into the valley to investigate the background of the prison industry.

In my view the intensity of the interactive experience cannot keep up with Journey to the End of Coal for it misses opportunities to let us learn stories from the people who live it first-hand. But considering it’s visual aesthetics it’s a magnum opus with beautifully shot videos, photographs and graphics. Therefore, it's no big surprise it was the Winner of the First World Press Photo Multimedia Contest 2011. 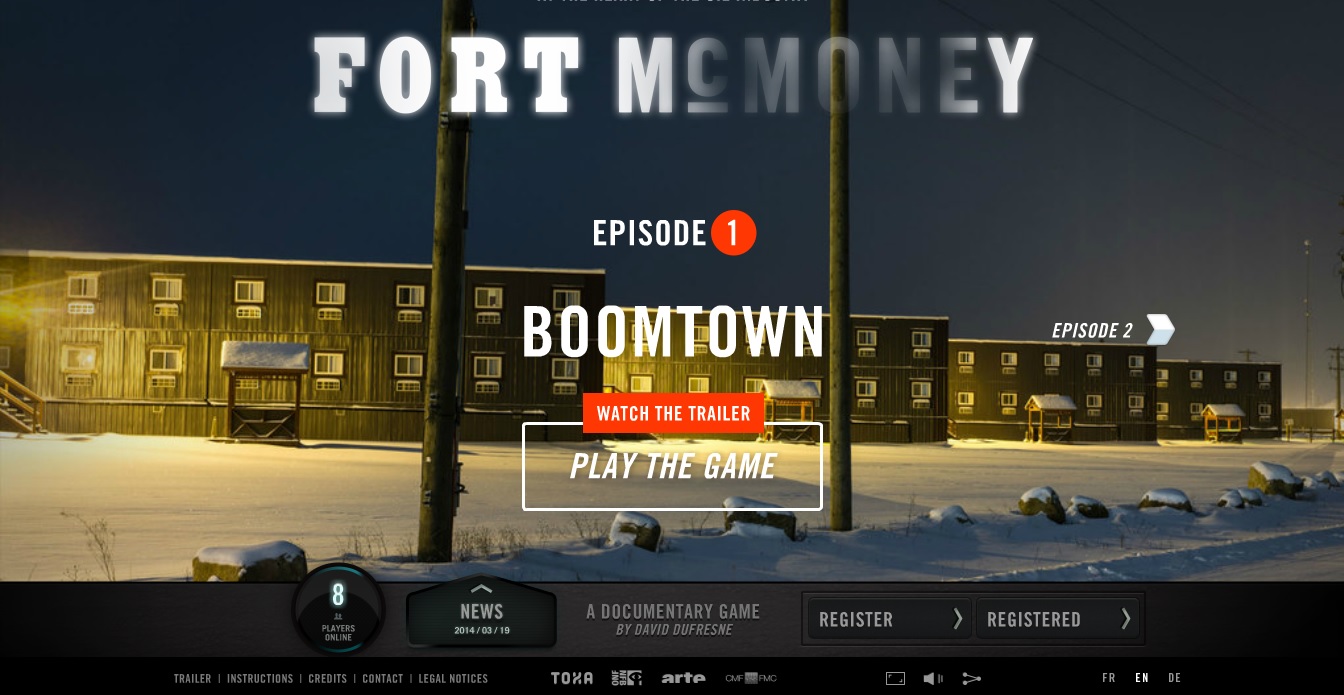 The documentary uses interactive game elements to allow users to decide the city's future and attempt to responsibly develop the world's largest oil sands reserves. The game consists of three episodes, each played in real-time over a four-week period. Players are able to virtually walk around the city, meet residents and ask them questions. Fort McMoney’s bold and pioneering approach pushes interactive documentary to another level by approaching complex social problems through simulation, by sparking political debate that lead to online voting simulation, by building community, and by deepening institutional learning. As I mentioned above, Fort McMoney introduces also a game element. You as the visitor have a goal: Find a way to visit/enter the heart of the town’s story, the exploration fields, where access is restricted by the exploration companies.

Alma - A Tale of Violence 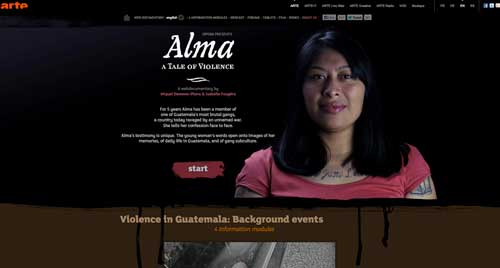 Alma, A Tale of Violence by Miquel Dewever-Plana and Isabelle Fougère is a documentary produced in 2012 that is based on an interview with a female member of a brutal Guatemalan gang. Compared to the examples above it’s structure is quite simple and semi-closed. What I liked: as the interview plays, you can scroll up to see video clips, photos and animations showing gang life, street scenes and other images. Again a transmedial approach has been chosen: You can deepen your understanding by reading a fiction book about gang life in Guatemala.

Is there an example of a completely-open WebDoc?!? I couldn’t really find one...however, there are many interesting experiments where users can directly contribute to the story by uploading content. If you know of an example, please share with us on our Facebook page!

While immersing yourself into these stories you may experience that you’re not only a viewer or consumer anymore. Can you describe this new role? Let’s explore this in our next week’s post.