The summer break of this Blog took some weeks (months?) longer than expected. I swear I have not been relaxing on a tropical island. Maybe you know the feeling that sometimes life is stranger than fiction and everything is vacillating between slow motion and speed of light? Well… that’s what happened. I will try to make a documentary out of it. But now let’s do easy and get back on course to our exploration of documentary forms.

As a documentary filmmaker I try to deal with reality. To collect -at least- some particles of “truth”. Even when it’s only a subjective one. (As cultural theorist Bazon Brock once said: “ The central question to be asked about film is this one: Is film capable of being a medium of truth? This question is central to the existence and survival of film because if film cannot be a medium of truth then film is only a matter of taste.”)

The problem of the claim is obvious: All reality is incredibly ambiguous, multi-layered, relative - hard to handle this in a linear medium. We already tried to walk through this matter in episode 4. Before we return to the World of interactive Webdocs and it’s new possibilities to deal with these challenges I would like to show you some of my favorite documentarians - filmmakers working at the limits of what can easily be expressed, trying to overcome the inadequacy of their medium.

The coming examples may incorporate essential qualities of traditional documentaries, but they question or expand many characteristics that are considered basic documentary traits, and venture into unpredictable—and immensely fruitful—new territory.

Peter Mettler - At the limits of the visible

The films of swiss-canadian Petter Mettler may change the way you look at the world. His essayistic diary-documentaries Picture of Light, Gambling, Gods and LSD and The End of Time are mind-expanding trips across countries and cultures, interconnecting people, places and times - meditations on our world, rooted in personal experience.

A Mettler Film is a mosaic of moments where the whole is much greater than the sum of its parts. He turns his camera to film the unfilmable, exploring big philosophical issues as our perception of time (The End of Time) or the human desire to transcendent (Gambling, Gods and LSD), creating a form that is making the invisible visible. From lack of adequate words: Let’s call it Mettlerism.

Let’s focus on Mettlers latest creation The End of Time. Watching this stunning documentary you will quickly notice that it’s breaking with traditional narrative and other conventions of the documentary film as development of a story, (apparent) objectiveness and the habitual relation between image, voice-over and sound. And what finally had the strongest impact on me: This film doesn’t just contemplate its topic; it aims to cinematically embody it. Or as a film reviewer wrote: “The End of Time isn’t something you simply watch; it's something you surrender to." (Peter Howell, Toronto Star) 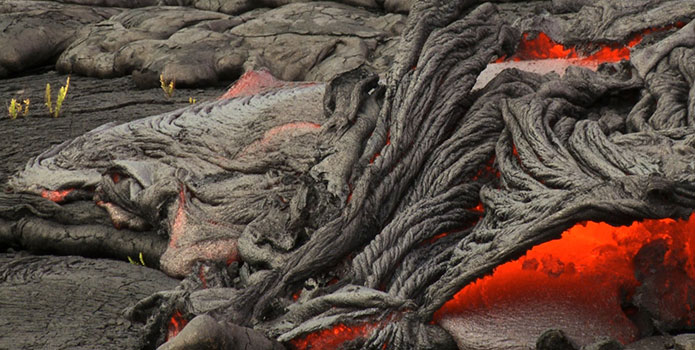 For instance I remember this scene where Mettler visits a hermit who since 30 years lives on an hawaiian island threatened by a volcano. He talks about his perception of time. That this island is kind of a timeless place where “(...)time can be very strange. How it passes. Certain days seem to drag but the years fly by.” After this scene the viewer experiences several minutes of a lava flow. The scene is painfully slow. And profoundly erotic. I remember me sitting in the Cinema in a timeless hypnotic state. A Zen Meditation. A film trip. It made me not only observing and reflecting on the relativity of time intellectually but experiencing it - using the time machine that is cinema.

In other words: “It invites the viewer to actively participate in the making of meaning, so that the central theme of the film and the experience of watching it become one and the same.“ (petermettler.com)

Inviting the viewer to actively participate… doesn’t that remind us of what we found out about interactive webdocs? We will get back to that.

Finally writing on the experience of watching “The End of Time” quickly leads you to the end of language. Best you get yourself a DVD and try it out. Watch it on a big screen and with good loudspeakers. Cancel all your appointments and lose yourself.